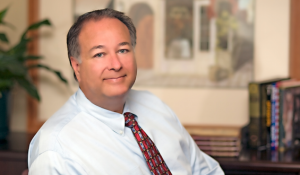 Rick has a diverse background in taxes and personal finance accumulated over 40 years. During this time he has owned 2 tax practices, an investment advisory firm, and held numerous Wall Street broker licenses. In 1985 he earned the CFP designation from the College of Financial Planning and holds a life insurance license.

“Back in the early days of IRAs and 401ks there was really very little politics involved in financial planning.  Today, all of that has changed.  The effort to control and tax American’s 401k and IRA savings has never been greater.”

In the spring of 2008 Rick advised all of his followers to get out of the financial markets.  His experience and research indicated there was something very wrong with the stock market. By the fall of 2008 the stock market was dropping like a brick, and did not reach the bottom until March 2009.  None of his clients experienced losses during the crash.

In December 2008, Rick traveled to Washington D.C. to research laws regarding the regulation of the insurance industry known as the 151a rule.  The implementation of this rule was a power grab by the Federal Government to take over the state regulated life insurance industry. All of this was happening during the chaos of the financial crisis.

The irony of that day, in the very same room the meeting took place Rick found himself witnessing the great incompetence of the Federal Government as the SEC Chairman announced the 50 billion dollar Madoff scam. That experience was the lightening bolt that inspired Rick to write his first industry best selling book The Great Wall Street Retirement Scam in 2010. Since that book was published there have been hundreds of lawsuits filed against 401k plans regarding fees and conflicts of interest.

Today Rick sees a Government headed toward financial implosion and unprecedented historic bubble in the stock market caused by the longest period of near zero interest rates manipulated by the Federal Reserve.

Ninety percent of American’s savings is held inside of “retirement accounts” where the Government can and will manipulate that money for taxation. The recent Secure Act of 2019 is recent proof of the Government’s intentions to confiscate through taxes the 401k and IRA retirement savings.

There is only one way the Federal Government can sustain their spending level…institute a massive increase in taxes.

The answer is TAXINVISIBLE Wealth.